This is the continuation of my side project to take pictures or collect photos of all the Welsh football grounds in the top six tiers, and then turn them into a sticker style format. Initially this was something I just did to test out my Photoshop skills, but considering the popularity it achieved on Twitter and Facebook, I decided to expand it and try to encompass the whole of the country – a big task!

Anyway I have decided to group the grounds into their respective Welsh counties, so the second county I have done is the county of Denbighshire.

The links to the other counties’ sticker albums can be found below:

As of the 2018-19 season, there are 14* grounds within Denbighshire that are used by clubs currently playing within the six tiers of the Welsh football pyramid that cover the county. The county possesses such as former Welsh Premier League (now Cymru Alliance) venues like Belle Vue and Bastion Gardens, in Rhyl and Prestatyn respectively. Whilst one of the lowest ranked teams is Henllan, who play at Top Parc in the Vale of Clwyd & Conwy League Division One (sixth tier). Finally Llangollen Town and CPD Corwen (and Ruthin Town historically) are separate to the rest of the county’s teams, as they play within the Welsh National League (Wrexham Area) system. 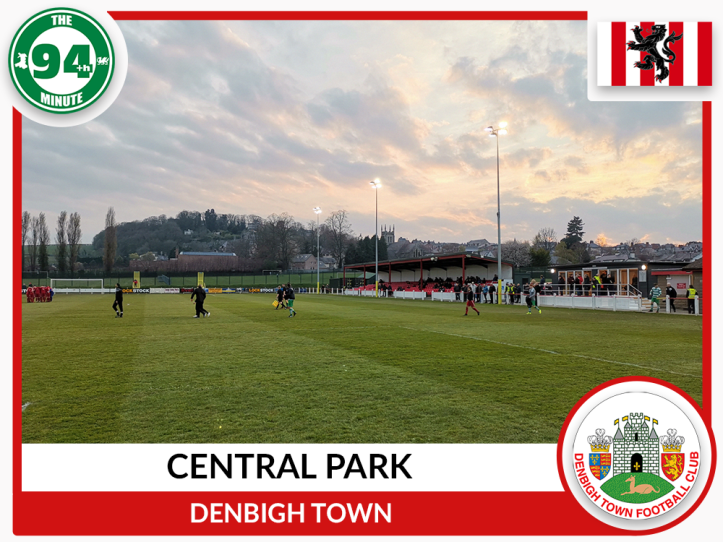 Other potential ground pictures / historical grounds within Denbighshire that could be made into a sticker:

If you have any pictures for any of the grounds that I haven’t made stickers for, and you don’t mind me using them, please contact me using the links in the CONTACT section of this site.